A History of the World in 12 Maps


In this scintillating book, Jerry Brotton examines the significance of 12 maps - from the almost mystical representations of ancient history to the satellite-derived imagery of today. He vividly recreates the environments and circumstances in which each of the maps was made, showing how each conveys a highly individual view of the world.

Brotton shows how each of his maps both influenced and reflected contemporary events and how, by reading it, we can better understand the worlds that produced it. Although the way we map our surroundings is changing, Brotton argues that maps today are no more definitive or objective than they have ever been, but that they continue to define, shape and recreate the world.

Readers of this book will never look at a map in quite the same way again. Brotton's idea of tracing within maps the patterns of human thought is a wonderful one. As this mesmerising and beautifully illustrated book demonstrates, maps have, since ancient times, carried vast symbolic weight An elegant, powerfully argued variation on the theme of knowledge as power and ignorance as powerlessness. An achievement of evocation Brotton is acutely sensitive to the social, political and religious contexts which unravel why maps were made, for whom and with what axes to grind.

The intellectual background to these images is conveyed with beguiling erudition There is nothing more subversive than a map. It is a wonderful history, which will delight anyone with an interest in history and geography.


For the latest books, recommendations, offers and more. By signing up, I confirm that I'm over View all newsletter.

Book Review: 'A History of the World in 12 Maps' by Jerry Brotton - WSJ 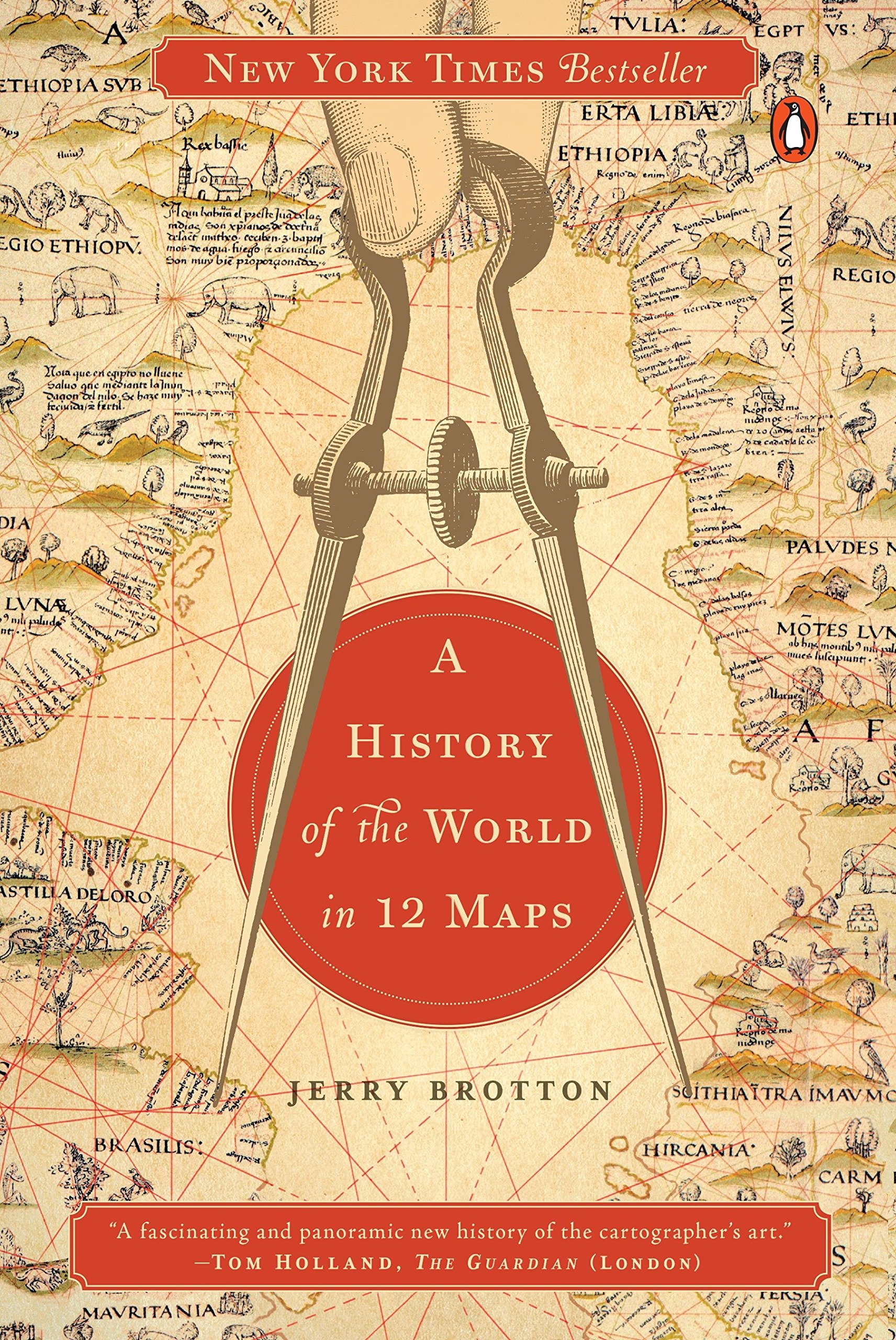 Puffin Ladybird. Authors A-Z. Featured Authors. Articles, Games and more The concern of the cartographer lay ultimately with what he would no doubt have seen as an altogether more authentic dimension of reality.

If Babylon was placed at the centre of the map, then that was because the Babylonians — with the conceit that comes naturally to a swaggering, imperial people — took for granted that their city served the cosmos as its pivot. Between the Mesopotamian scribe and the American astronaut, then, there stretched an immense ideological as well as technological gulf. Nevertheless, not everything had changed over the course of the millennia. The photograph released by Nasa might not have been oriented around Washington DC, as was the clay tablet around Babylon; but it spoke of a certain level of superpower self-satisfaction, even so.

Nor, as it turned out, was the photograph entirely devoid of its own metaphysical dimensions.

Plato, in one of his dialogues, had described the sphere of the world as something that a soul, ascending in a moment of supreme transcendence, might behold as fashioned "of colours more numerous and beautiful than any we have seen". In the space age, with the realisation at last of the dream of extra-terrestrial travel, the image of the planet in all its fragile beauty, set against the infinite blackness of space, prompted in many an almost religious consciousness of the commonality of human experience.

Its influence over the succeeding decades — whether on third-world identity politics or environmentalism — would prove immense. Rare, in other words, is a representation of the earth's geography so accurate and neutral that it brings with it no baggage at all. What is true of a photograph tends to be even more so of one composed by human hand.

It is the truth of this observation that enables him to trace, in the way that rivers, mountains and seas have been drawn in various cultures and periods, the contours of human self-awareness as well. Peaks and troughs; disinterest and prejudice; pin-point accuracy and whole realms of experience imagined as the haunt of fearsome monsters: civilisation bears witness to them all.

Brotton's methodology, fittingly enough, is that of a compiler of an atlas. Contained within his book are studies of a dozen landmark maps. These range in time from the classical to the contemporary, and in origin from Sicily to Korea.

A History of the World in Twelve Maps

If there is one truth that Brotton's survey repeatedly emphasises, it is that cartographers cannot help but betray their own centre of gravity. In the middle ages, the Hereford Mappa Mundi portrayed the easternmost reaches of Asia as the haunt of griffins, cannibals, and "the accursed sons of Cain"; meanwhile, in China, scholars took for granted that the far west was "the zone of cultureless savagery".

More recently, a year after the Apollo 17 mission took its celebrated photograph, the German historian Arno Peters unveiled a new map of the world which corrected what he saw as the unforgivably Eurocentric projection of Mercator, and served to increase the size of Africa and South America at the expense of Europe. As it is, those regions most exhaustively covered tend to be the ones with the highest concentration of computers and credit-cards. So what of Brotton himself? A clue as to the focus of his own mapping is to be found in the title he holds at the University of London: "Professor of Renaissance Studies".

No surprise, then, that the meat of his book should consist of a brilliant survey of cartography in the early modern period, when Europeans began to explore entire continents unsuspected by Ptolemy, and maps bore vivid witness to the geopolitical and commercial upheavals unleashed in their wake. Yet the narrative is not simply the one illustrative of western arrogance and greed articulated by Arno Peters.

Mercator's projection, for instance, far from serving as a monument to the glories of European civilisation, was in fact an expression of the very opposite: a deep despair at the savagery of its hatreds.